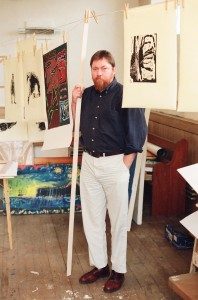 WILLIAM BROWN was born in Toronto, Canada in 1953 and died in Bridgend, South Wales in July 2008. He was a prolific painter and printmaker whose work was informed by  poetry, literature and travel. He exhibited widely in Britain and overseas with shows in France, Belgium, Germany, Canada and the Czech Republic. Projects have involved sojourns in Galicia, Southern Morocco and the Canadian North. He lived in Bridgend and worked in the Llynfi Valley in  South Wales. William Brown’s work is in many Public and Private Collections worldwide.

This is the ever-expanding home of William’s archive, a space for information, stories, photos, and more by those whose paths crossed William’s over the years. 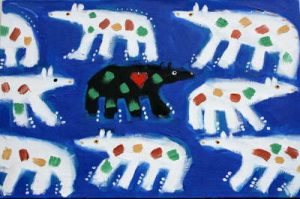 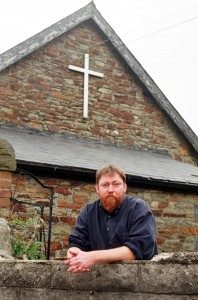 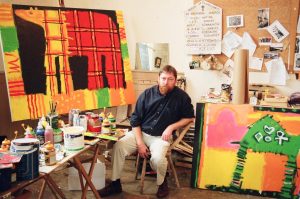 This is an example of a homepage section. Homepage sections can be any page other than the homepage itself, including the page that shows your latest blog posts.

You might be an artist who would like to introduce yourself and your work here or maybe you’re a business with a mission to describe.

Obituary for the Guardian – David Moore William Brown Creative Scots-Canadian artist who left his mark in Wales   William Brown was a prolific and highly imaginative painter and printmaker “born on the shores of a large grey lake” in Toronto, Canada, to Scots parents Cathy and Alex Brown in 1953. Twenty years later he …

END_OF_DOCUMENT_TOKEN_TO_BE_REPLACED

Pursued by a Bear – David Wooley   For William Brown   You never know when the plane’s going to strike the tow- er the shit hit the fan the scorpion sting,so it’s best to plough on pile up the paint drink deep, jack- daw up all the little bits and pieces of this absurd …

END_OF_DOCUMENT_TOKEN_TO_BE_REPLACED

I met William in the early 1970s. I met Joady a bit earlier when she attended York University. She shared an apartment with several other students and I was friends with a woman who was dating one of them. William was working at Grossman’s Tavern in Toronto then. I don’t recall seeing William there. Wm …

END_OF_DOCUMENT_TOKEN_TO_BE_REPLACED

This is a page with some basic contact information, such as an address and phone number. You might also try a plugin to add a contact form.